May 08, 2018
In the previous post I explained the idea behind the Social Ledger blockchain network, a fork from Ethereum which uses a new consensus algorithm called Proof of Social Network Identity (PoSNI).

Ok, even if that does not make much sense to you, what it means is that you can mine (create) the crypto currency used by this new blockchain network (a clone of Ether cryptocurrency) just using a regular (so far just tested on Linux) computer and a Twitter account.

I must tell you that this new cryptocurrency is currently worth zero, but Bitcoin was also worth nothing when it was launched back in 2009, so why not give a try to this since it basically requires just a little of your time?
Also, I believe it would be better if your main motivation was not to make a profit out of this, but to help researching in new solutions which could improve the whole blockchain ecosystem.

So here are the instructions, first the requisites:
- A Linux PC/laptop with connection to the internet and at least 4GB of RAM
- Java 8 VM (or higher) installed on that computer

Installation (or you may just watch this Youtube video):
1.- Download the distribution zip file (currently named social_ledger_1.0.0.0.zip) from dropbox to any directory on your system (for example in your home directory)


3.- Then modify the social_ledger/config/social_ledger.properties file, you need to set the values of the following six properties:

The value of the other four properties are taken from a Twitter app which you need to create if you do not already own one (it takes a just a couple of minutes).
The detailed instructions to create a Twitter app (including an access token) can be found in this Youtube video.

5.- After few seconds, you should see the following message:
Server started at http://localhost:8901

Then open http://localhost:8901 on your browser, in order to connect to the Ethereum Harmony Web UI running on your computer, you will see something like this: 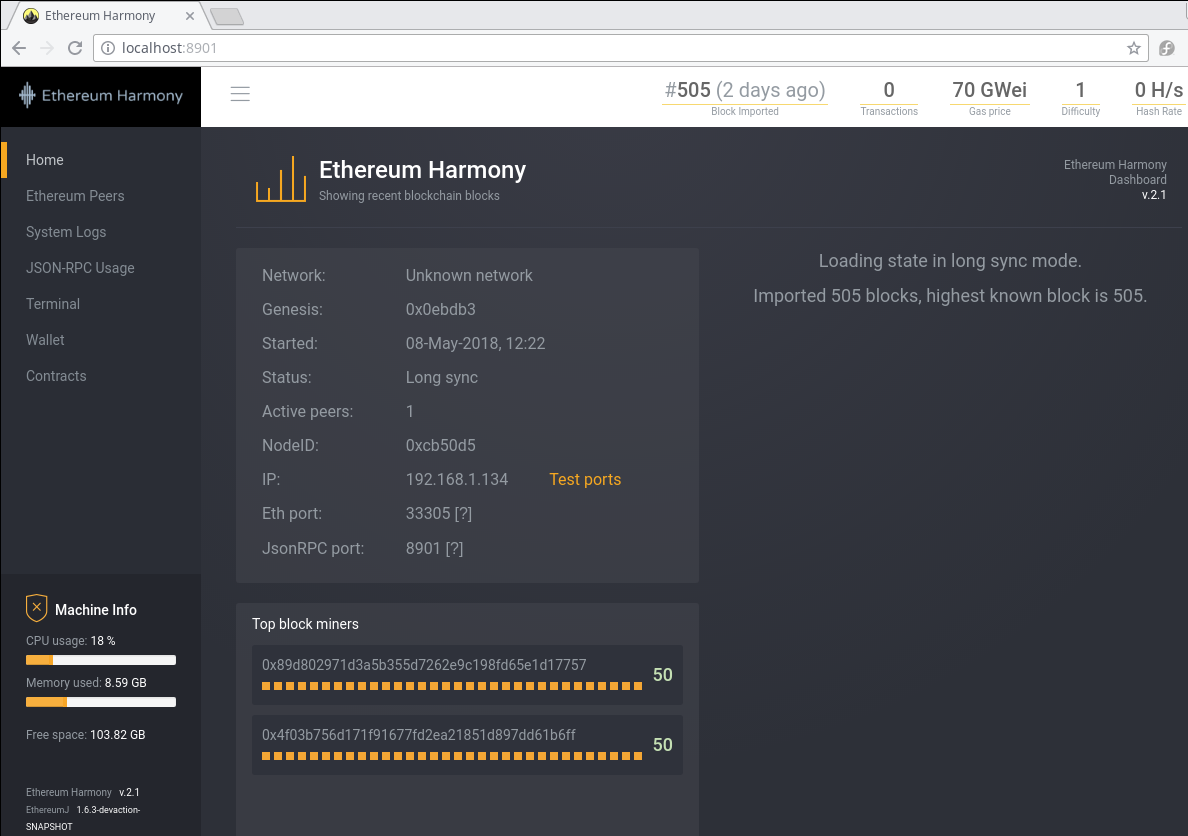 From here, I would recommend you to watch the following Youtube video where the whole process is shown, including  creating a new address, then updating the social_ledger.properties file in order to use that new address, restart the application to pick up the configuration change and finally start mining.